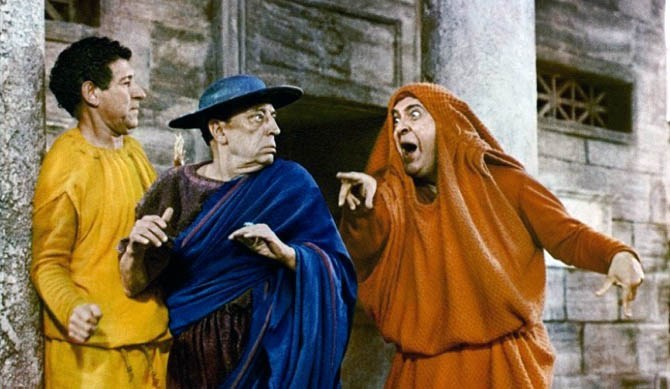 If you’re like us, you probably had a pretty chilled out summer. You saw your friends a couple times, and you probably had a fun 4th of July, but you spent a lot of time counting down to important milestones: the end of your shitty job, the day when you could see your faraway college friends for the first time, and of course, the return of lower effort content to The Evening Look. (If you want good content, go read L. Squirrel’s post about the tragedies in Dayton and El Paso.)

Unfortunately, that means the return of us having to engage with others’ content. Our friends at The Morning Watch had themselves a bit of a hot girl summer, posting several times to warn us about the MSU language police’s activities. Though we can’t wait to dive into those, today I wanted to talk about an article that slipped in just as we were going on break: “Where has Western Civilization Gone?”, by Babs Hough.

Hough’s main issue is with MSU’s international teaching programs. Why, she asks, is there no center for studying Western civilization? There’s a center for African studies, Asian studies, even Gender in Global Context. Surely the good ole boys and girls next door can have a place to study great thinkers like Jefferson, Descartes, and Napoleon?

First, we need to figure out what an “international teaching center” is, since it was helpfully not defined in the article. That means I get to sift through our university’s tedious webpages to find that it’s not a physical thing at all. It simply describes faculty, media, majors, students, and other resources gathered under an umbrella. For undergrads, the Asian Studies Center connects students to relevant research material, the university’s majors relating to Asia and its languages, other students studying those majors, scholarships for those majors, and so on.

But these centers exist to counter the perception that “regular” academia was not including these areas of study. Is Western study truly being shoved out of MSU? Are we in danger of being overtaken by the rising tides of “identity politics”? Can anyone tell me why colleges can’t hire anyone who’s good at the internet?

Hough states that although she is in the College of Social Science, she “has never taken a history class”. That’s a bit like going to Dairy Queen and not getting ice cream, but okay. Hough’s lack of history may explain why she feels this way, since a quick scan of history courses being offered next semester reveals over 15 courses relating solely to US and European history, ranging from Greco-Roman statues found in white nationalists’ Twitter profile pics to our modern culture of strip malls with 28 large chain stores. There are also large numbers of Western-centric courses in social science’s other main historical discipline, political science. For instance, PLS 170 (Intro to Political Philosophy) had only Western philosophers to read and PLS 342 (Comparative Political Economy) was exclusively about European exchange-rate regimes. These were not bad courses by any means, but they featured little to no non-Western perspectives. Additionally, nearly every class that doesn’t specifically focus on non-Western areas features Western thought prominently.

A Western Civilization Center feels quite redundant. But what would one look like? Fortunately, there are real examples of these mentioned in the article. Both the University of Arizona and Arizona State University receive over $5 million in funding for “economic freedom schools” that teach the history of Western thought. These schools, originally funded by the conservative megadonors Charles (living) and David (fortunately deceased) Koch, are now funded by Arizona’s state government. The only one with classes is the one at Arizona State, directed by former MSU James Madison professor Ross Emmett. (Example classes from ASU’s program include “Great Debates in American Politics and Economics” and “Capitalism and Great Economic Debates”). The others only do research and invite speakers. Like Hough’s proposal, they seek to “counter liberal hegemony on campus”, according to conservative site Campus Reform, through courses like this.

But again, the problem is that these centers seem unneeded. You won’t derive the syllabus for MSU’s economics courses from reading leftist thought. Nor does the basic political science education, based in the American political system and its Western origins, focus entirely on the Babylonian Empire. It is difficult to get an average social science degree and not cover the ideas focused on in the Arizona schools. So how does the “freedom center” differ from normal social science courses?

The answer is that they go out of their way to exclude non-Western perspectives. Compared to the average program here, the economic freedom school at ASU goes out of its way to only focus on Europe and America outside of its introductory course. The rest of the world exists as dirt that might have people on it.

In effect, Hough’s center would serve as a pointless safe space where ideas and writing from outside the Western world do not exist, despite the fact that students are already connected to those works and ideas in social science programs here. Unfortunately Hough has graduated, but if she hadn’t she could have finally taken a history course to find what she felt was missing, such as HST 334A (Renaissance and Reformation) or HST 202 (US History to 1876).  She doesn’t need a space to be salty online about how a textbook had a case study from Nigeria in it – there’s already a webpage for that. It’s called The Morning Watch.